How I Met My Hasselblad:

A story of how I made my dreams come true 😉 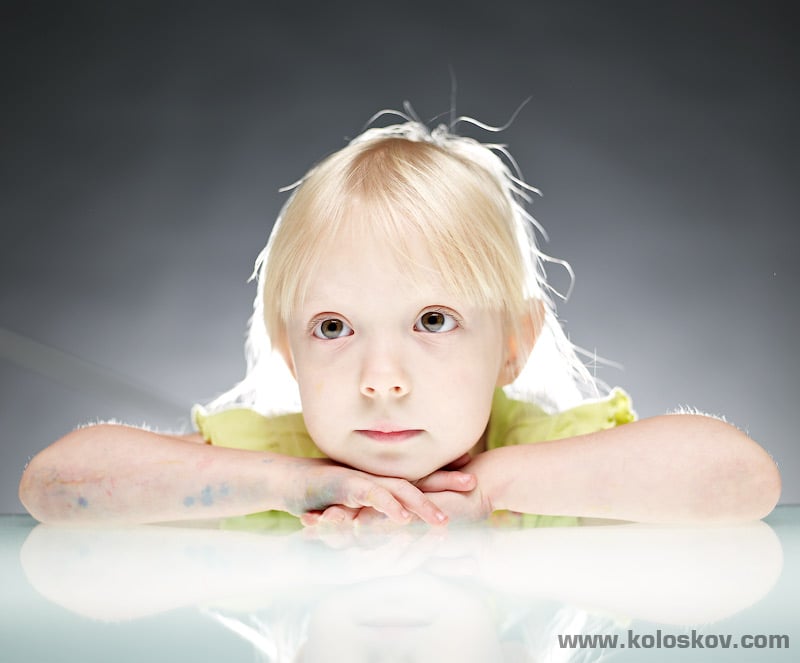 Do you remember a question I asked the Universe a few weeks ago? 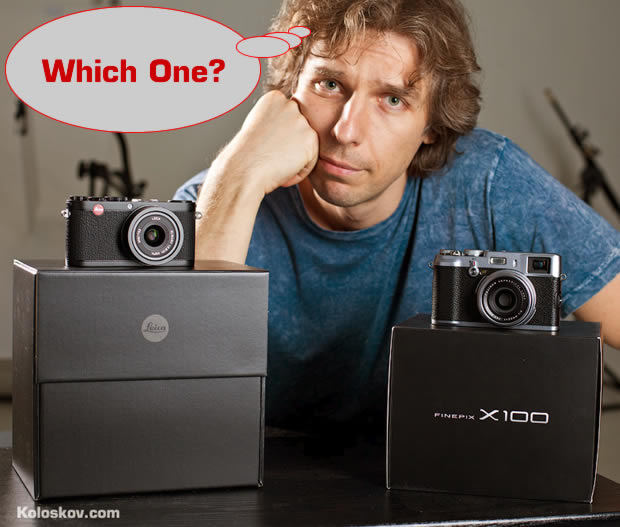 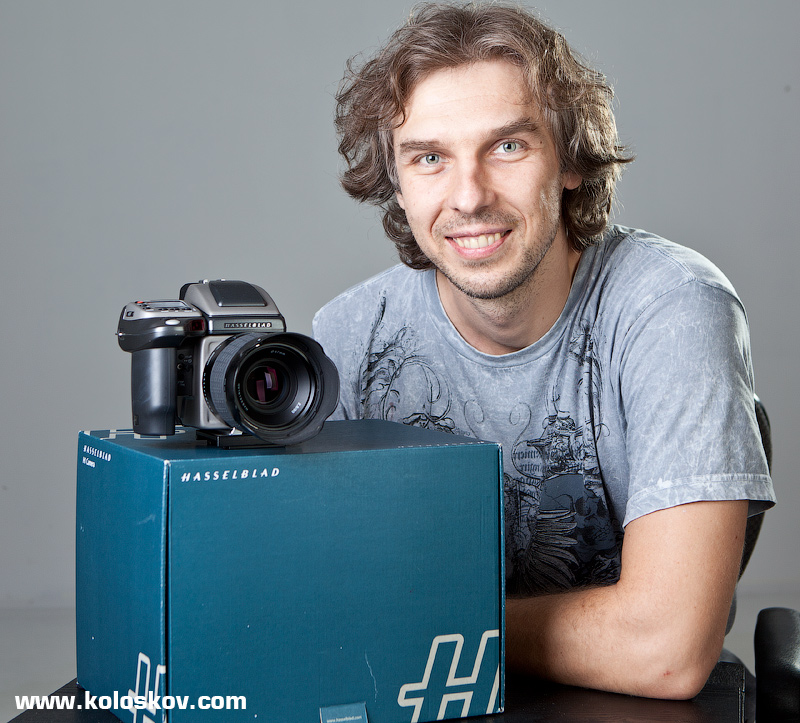 Now that I’ve got a Hasselblad H1 camera now and I’m going to be using with with a PhaseOne P25+ back. It’s not going to replace my Canon 5D MKII, as I want to keep both systems; the 35mm and medium format. They’re different animals and I know that both will be necessary in the studio.

You probably think that I’ve got a lot of money to spend on this camera?  No, that was not the case.  Was it a business requirement for me to jump to medium format? Nope. I’m always trying to do things I want instead of the things I have to. So the answer as simple as this, I wanted it 🙂

At the beginning of 2011 medium format systems seemed to be completely out of reach for me. I had Canon 1Ds Mk III, an old 5D (12 Mpx) and about $4K-$5K for the equipment upgrades I need for this year.

Nothing special really, just simply buying and selling operation which now seems to be a very obvious solution. Looking back, everything appears logical and so easy to make happen. I can only wish that I can see with such clarity in the future. Usually after I set my goals things start happening here and there, slowly moving me towards the destination. I started to consider things that were not on the surface at the beginning, seeing things that were not as obvious months ago..

First, I replaced my spare camera. Having sold my old Canon 5D  for $1000, I bought a 5D Mark II for $2500. Then I compared the 5D MK II against my 1Ds MK III (Canon 1Ds MK III v.s 5D MK II: is there is any difference in image quality? ) and found that there is nothing that can stop me from replacing the 1Ds MK III with the 5D Mk II. I found that the 5D MK II image quality was the same or even better in some areas over the 1Ds MK III.  I did not care much about poor focus performance on 5D MK II, it’s not enough to prevent me from making the switch.

The next step was to sell my DIY technical camera rig which I had adapted to work with 35mm DSLR and in order to buy my “dream one” to work with medium format digital back. I was looking for Sinar P3, but I got a good deal for Cambo Ultima D (my second choice), so I bought it. After reading some reviews on Cambo Ultima and Sinar p2/P3 I found that the Cambo might fit my build even better.

The third step was to sell Canon 1Ds MK III, buy a medium format digital back and then a camera for it.  The 1Ds MK III went for $4250 and I quickly found a replacement for it. The PhaseOne P25+ 22 megapixel MDF for $4550. I started using the P25+ with my Cambo camera and found it to be an amazing tool despite the fact  that the back is few years older than the 1Ds MK III it replaced : Phase One P25+ vs Canon 5D MK II.

Everything I bought was purchased on eBay. I set search alerts so that eBay would send me new items that matched my search criteria. It’s a pretty easy and effective way to find what you need.

In the end I ended up with two new (to me) camera systems, while retaining the full functionality of the Canon gear I already had. I’ve moved up to a different league and now I’ve got tools I want in order to compete. Now it will be much easier (not financially, but mentally 🙂 to continue moving forward and upgrading to larger sensors and newer cameras as needed.
Please don’t tell me that “a camera doesn’t make a good photographer” thing, It’s never been about this argument.  I needed all of the advantages that medium format cameras provide, as well as I know that I need to use Hasselblad to work with my “dream” clients.

Now my goals need to be adjusted and my vision board redrawn:-) BTW, our next big step is going to be moving to California. In October we are going to take a trip to find a place we like. Traveling from San Francisco to LA in a week. That will be a lot fun for me and my family!

A few words about the Hasselblad h1 and some pictures too:

I’ve had a chance this weekend to enjoy my new Hasselblad and I’ve got some pretty nice images done in the studio. I don’t need to say that I wasn’t thrilled by the quality the H1 + P25+ produced. However, The HC autofocus system is very slow compared to Canon’s L line, but the precision of a single center focusing point is amazing.  X-sync of 1/800 sec is always a good thing as well:-) 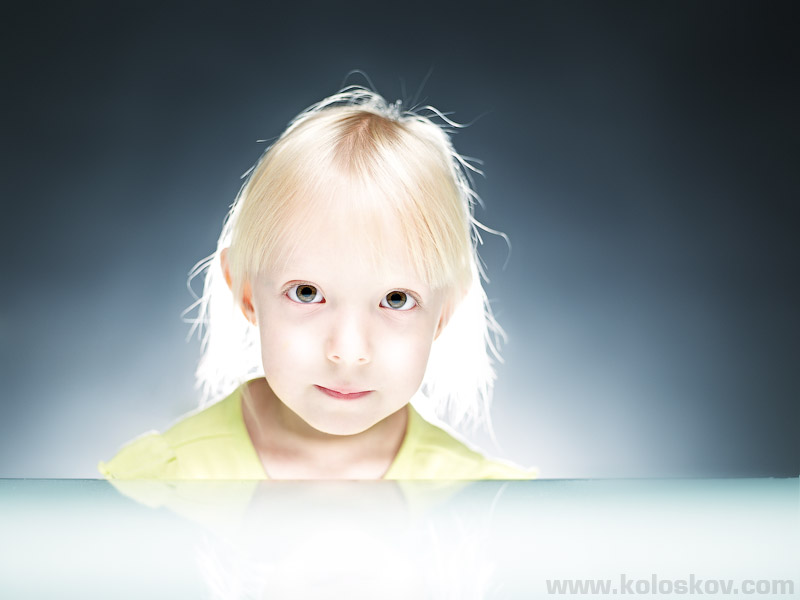 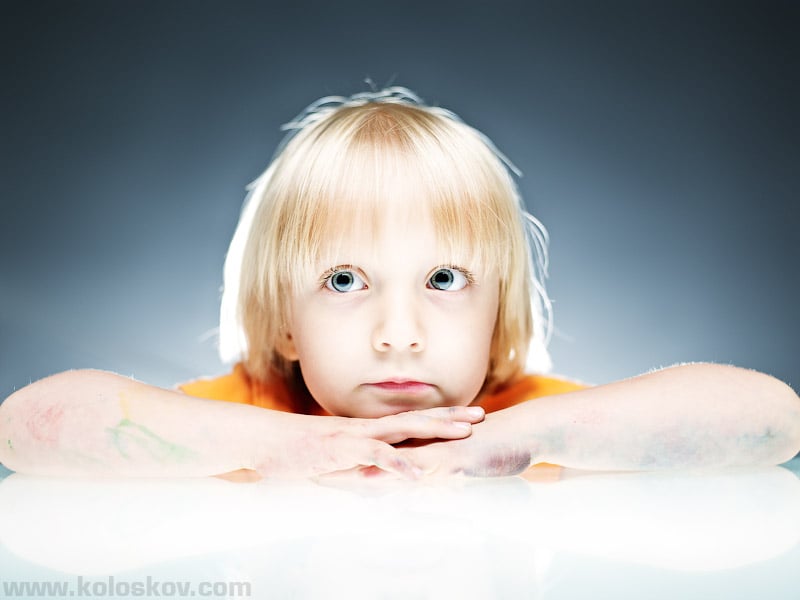 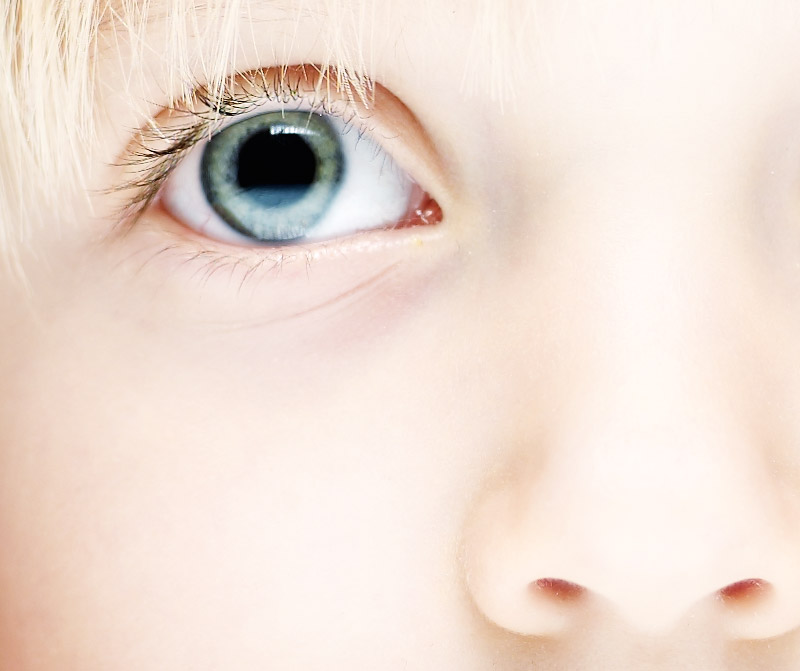 Hope the image of the lighitng setup is self-explainable. By varying ratio between #1 and #2 I’ve got the effect of washing the color from the face. Foamcore was placed under the glass  for a better diffusion. Two little white reflectors on both sides of the table helped to soften the shadows.  #3 is a hairlight, #4 is a gradient creator.

The lighting was really good for the look I wanted to see. The examples above were slightly processed (Genia couldn’t resist to play with the images), but I want to post “As-IS” one directly from a camera RAW, processed in C1. 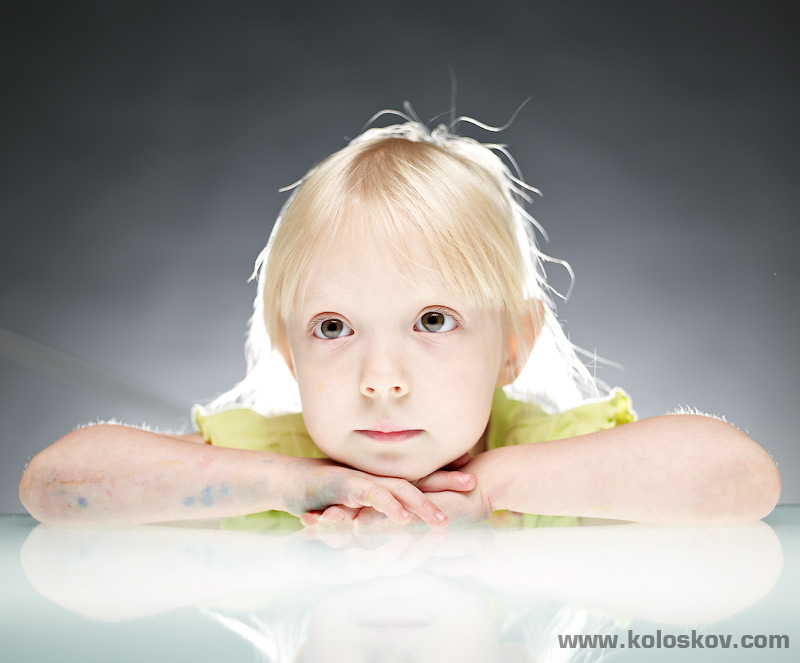 As-is example of Hasselblad h1 and P25+ digital back

All the best for everyone!

Want to meet your Hasselblad too? Check this out!