Creative Photography Behind The Scene: 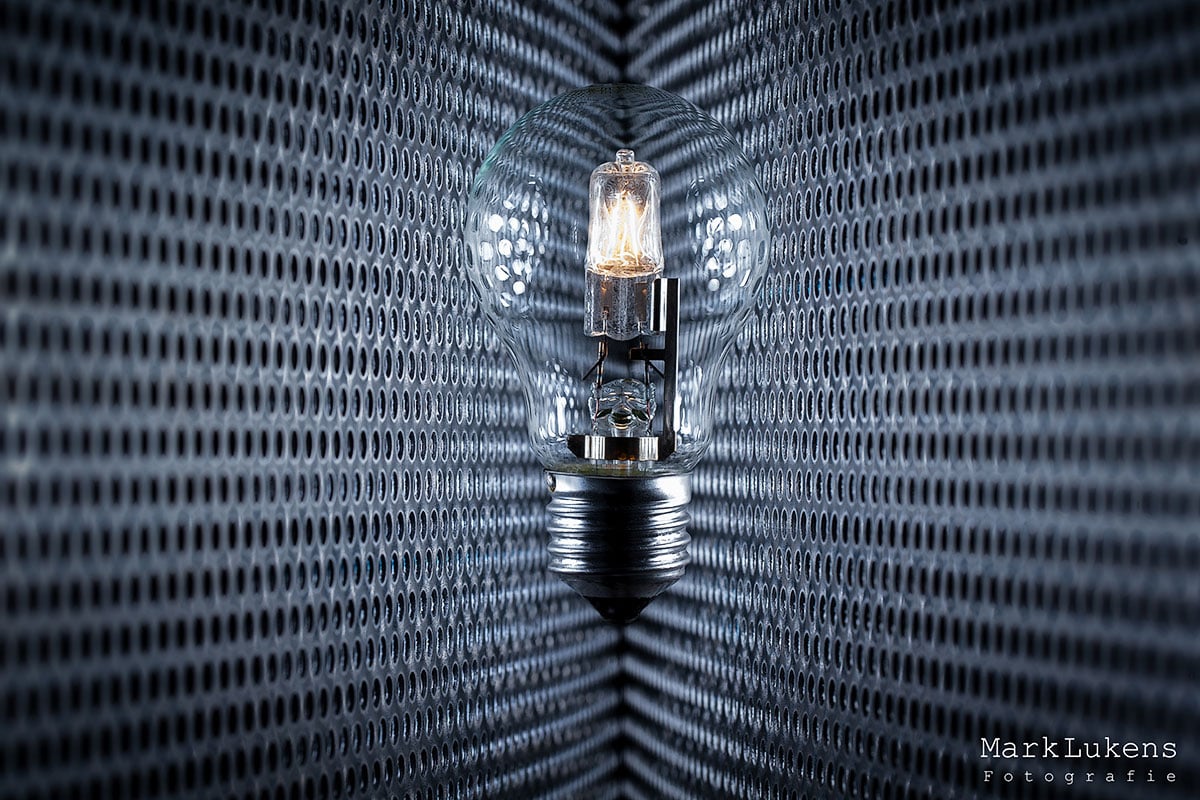 Background story and tutorial for the Lightbulb shot:

I already had a sheet of perforated aluminium, which I sew in half to be able to put it in a V shape. 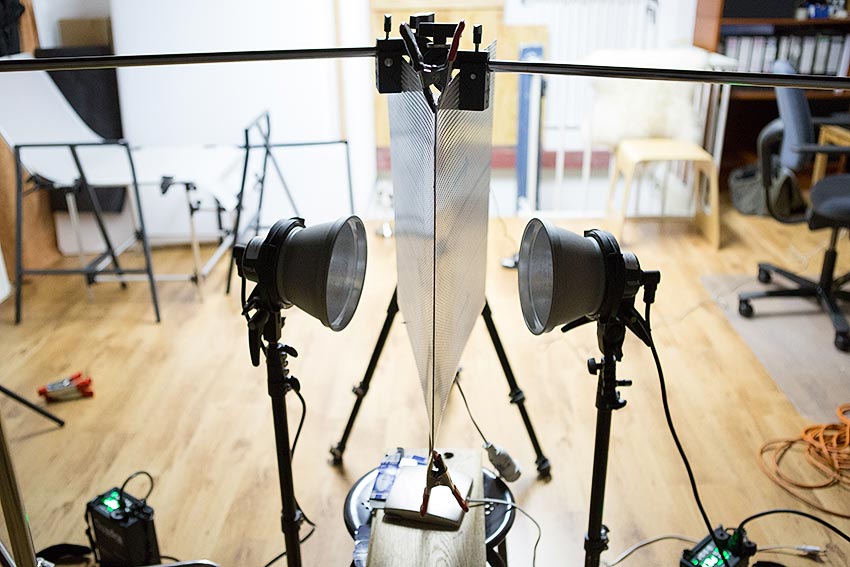 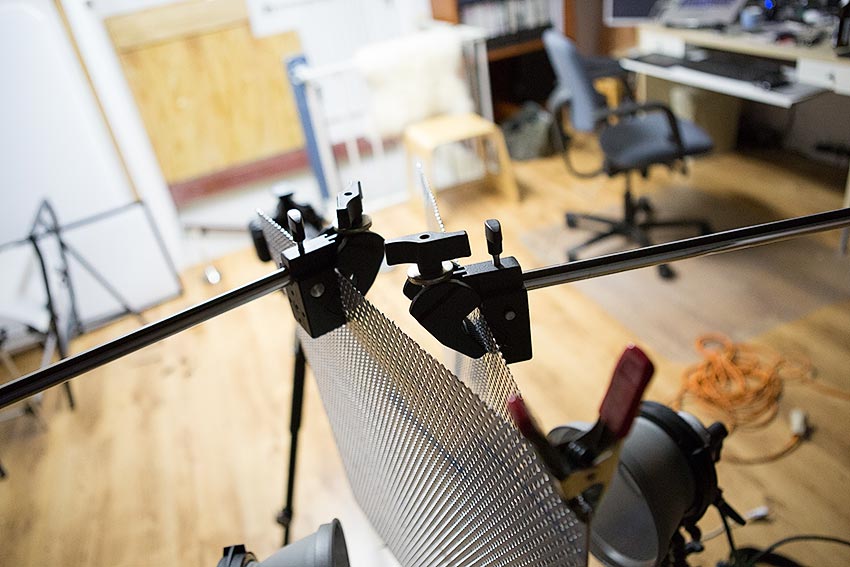 I’ve put a Quadra flash with a 60 degrees reflector on both sides to light the light bulb. 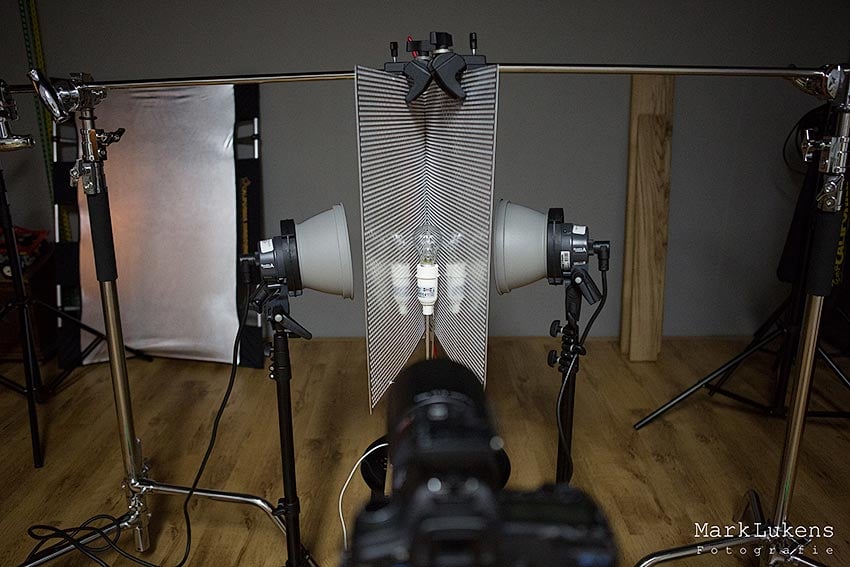 I took them at several shutterspeeds too to be able to choose the best light of the light bulb.

I basically disassembled the lamp, gaffer-taped a strip of aluminium on the foot and hot-glued the light bulb onto the strip, at the right height.

After that I had to put back the lamp in the right position between the aluminium sheets, to be able to align it properly in Photoshop. Now thát was a PITA.

After blending and merging all these shots in Photoshop, image Lightbulb 1.0 was the outcome. I was happy with it, but it did not turn out the way I had planned it. 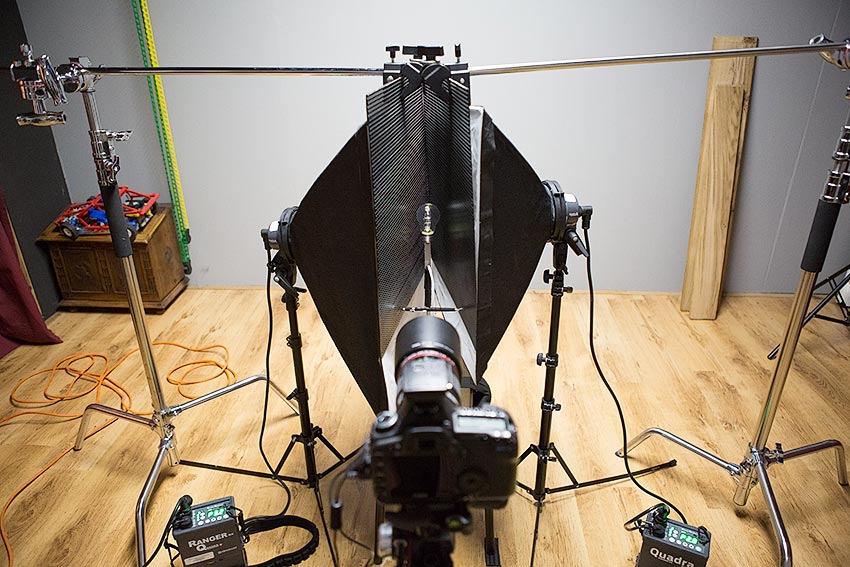 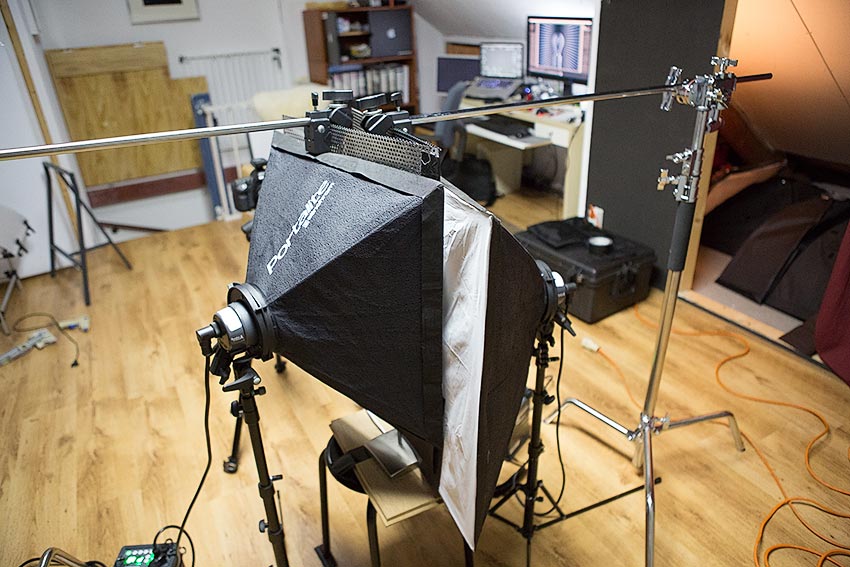 That evening I started over again, but then using softboxes. Now that did not go the way I expected.

I wasted over 1½ hour trying to get decent shots. The problem was that the aluminium was reflecting too much light to give nice reflections in the glass.

I tried to use black paper on each side of the light bulb and then combining them in Photoshop but that didn’t work either because I kept accidentally moving the light bulb, which made it a nightmare aligning it in Photoshop.

That’s where I figured I had to spray paint the sheets in a matte black. So that’s what I did. 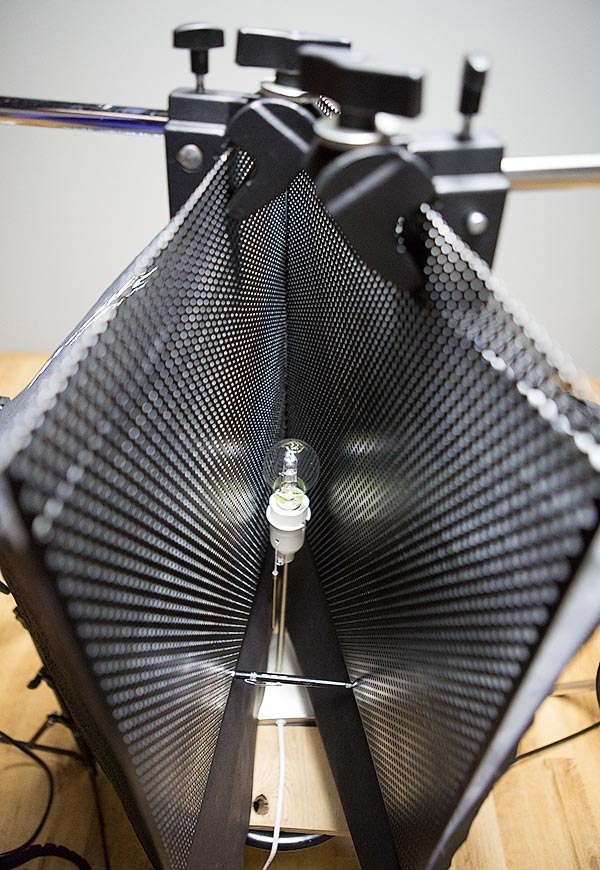 With the sheets painted black it all went a lot smoother. It still took me about 6 hours to complete this shot though.

I started with the light bulb turned off, shooting one side at the time. This gave the nicest reflections in the bulb.

After shooting both sides, I did the same shots again but then with the bulb burning. After that I took two shots without the lamp in place, firing one flash at the time.

Then I disassembled the lamp again, taped the aluminium strip and hot-glued the bulb…. And then the same PITA of getting the screw in the right place…

Several attempts later I succeeded. Put all the shots in Photoshop (ended up with 10 layers) and created the final image (Lightbulb 2.0).

Another variant of the final image 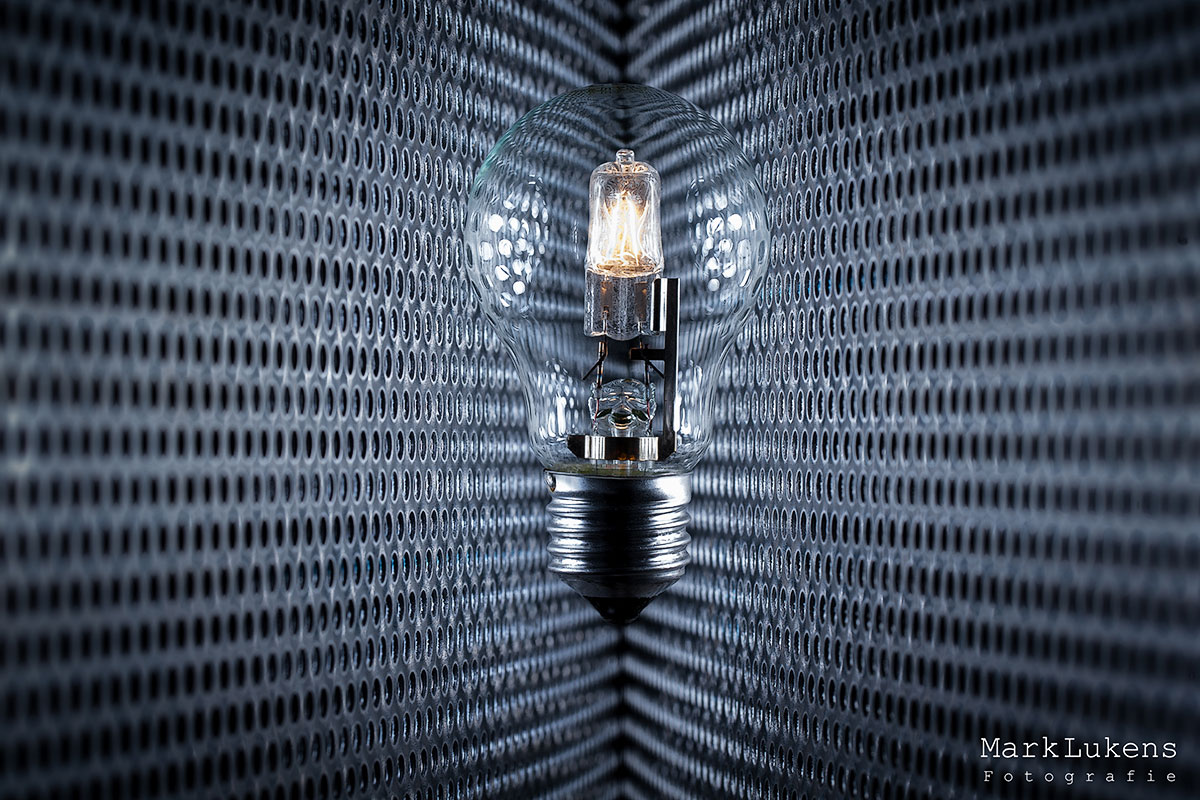 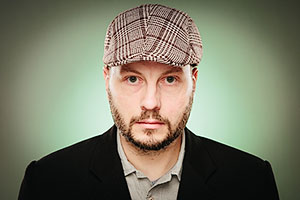 I started photography as a hobby in 2006. When my son was born, I bought my first DSLR. I knew nothing about photography at that time and this was where my learning curve started. I am completely self-taught and in my first couple of years my shooting interests were very diverse. I shot landscapes, macro (mainly insects), sports (mainly auto- and motorsports), experimental stuff (strobist style), concerts, portraits and the life of my kids.

In 2010 I started my part-time photography business. Since then I’ve been mainly shooting weddings and portraits. In 2013/ 2014 I also began teaching a basic beginners photography course (offline). In the meantime I kept my full-time day job and invested most of my photography income in quality gear, sustaining my hobby.

The last couple of years I have been unhappy with my day job and decided that I want to take my photography business to the next level. I love doing weddings but don’t want to do weddings only. First of all because I want more variety in my life. Secondly because I want to be able to have work when the ‘wedding season’ is over.

I’ve always loved doing experimental stuff. Therefore I started learning (really learning 😉 ) high end product photography a couple of months ago. And building a portfolio along the way. All with the help of the Photigy Pro Club courses and tutorials. Which is the first time for me to invest in photography education.

To connect with Mark or see more of his work please visit his website: