working with watch in a studio (BTS video)

This is probably the most expected video (by my readers and by me): a recorded LIVE broadcast from the product photography masterclass we hosted over two months ago. That time we shot the Marine Star Bulova Men’s watch, and below is the result: 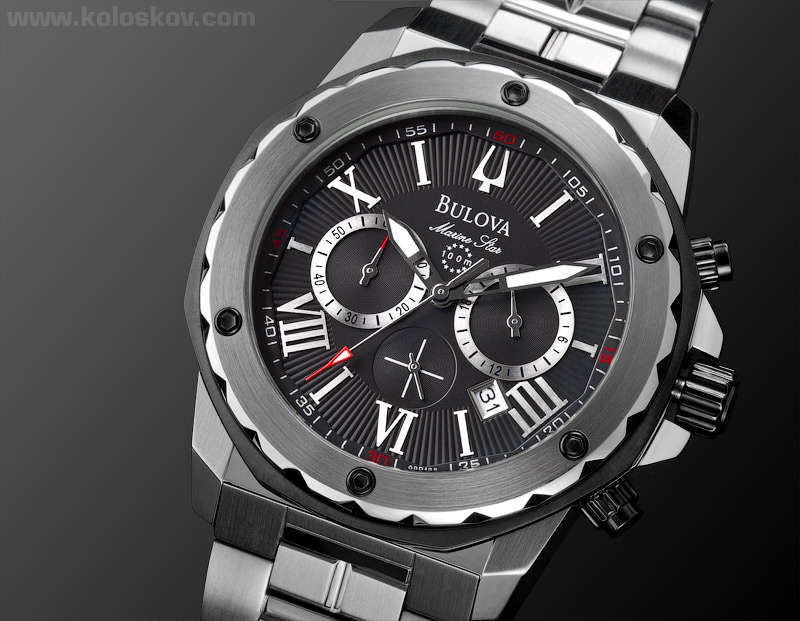 We had the same watch photographed a little differently for the announcement of this masterclass, now it is interesting to compare both of them. Below the first, “announcement” edition of the product shot: 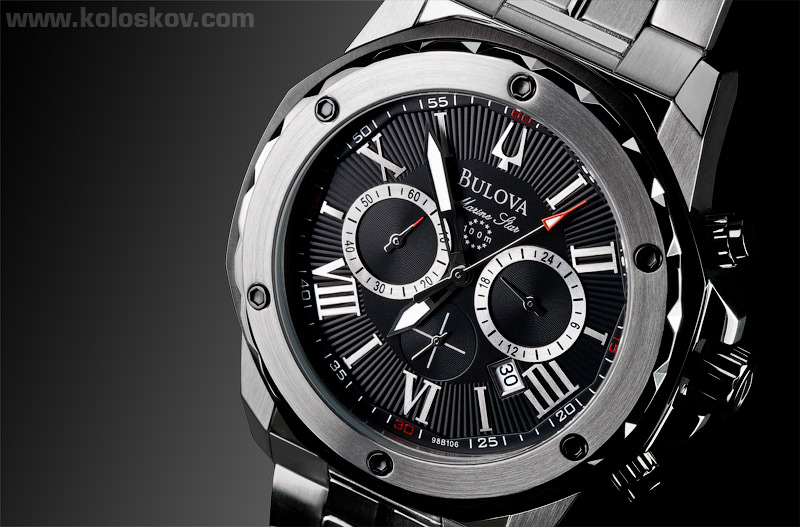 Quite different, right? After posting the announcement I got several responses, a few product photographers told me that the image may not be good because not all the details of the watch are visible. Partially because of this, but mainly because I was experimenting, we did more catalog-like version of the final image during the LIVE masterclass.

I personally like both versions: each one represents a different approach to the task. First one (for the announcement) is more advertisement-like and has more drama in it. To make an interesting photo of the product, more dramatic look is preferable, IMO. The one we had done during the masterclass has an overall more classic look: more details of the product is visible, the photo looks more “polished, it may look the best in the catalog… Curious, what is your favorite? :- )

Originally the plan was to host free broadcasting events, with only the recorded and cleaned videos from those events offered for sale. We also were thinking to have both, the shoot and a post-production video packed together, so it would be a complete “how it was done” masterclass-like package.

However, during my work on the video from this masterclass, I found that it will be impossible to get the video and sound clean and polished the way I expected it to be for a paid version of the masterclass. During the broadcast we had a problem with the sound (solved now with a fairly good lavaliere mic system), and I was not able to fix all of them during the post-production. Also, working on a LIVE event, many technical interruptions did not give me a chance to create the video I imagined to have.
This was the bad news.

The good news is that I’ve decided to release the video for free, and have a post-production in a separate video. Everything at no cost for you, my fellow readers;-)
I simply can’t ask money for the raw product, even if it still has a good value in it, it simply does not fit in our business model.

However, we fixed the sound as much as we could and cleaned the video, leaving only the most valuable information. This helped us reduce the length to about 65% of the total time we spend in the class. I am sure the video will be very interesting for those who are into product photography, and also will be good as a my self-promotion.

I also have learned that with my current speaker’s skills, I would be better not to mix video tutorials (they will be paid) and free broadcast events. As many of you, I feel much more comfortable working with camera in stop-and-go way rather than work and talk live, online.

The Post-Production video (about 3.5 hours compressed to fit in less then 40 minutes) is in a final phase of development, post is in the pro corner of Photigy as well.